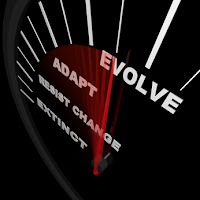 The goals of outsourcing include improving efficiency, reducing costs and gaining a competitive advantage. As a result, it shouldn’t be too surprising that law firms have been experimenting with outsourcing for decades, according to some sources, as early as the 1960s. The most common legal services that law firms have attempted to outsource have been agency work, document review, legal research and writing, drafting of pleadings and briefs and patent services. Firms have been even more open to outsourcing their non-legal work such as IT support, finance and accounting and helpdesk operations.

As a result, companies hoping to capitalize on these trends have established themselves in several countries including India, the Philippines, Israel, China and Latin America, among others. This type of outsourcing to countries outside the US has been termed ‘offshoring.’ The offshoring of legal services has met with mixed success due to obstacles such as language barriers, time differences, quality concerns and ethical issues.
More recently, a new trend has developed. Sometimes termed ‘onshoring,’ a few large law firms with bases of operations in high-cost major metropolitan areas have begun relocating a variety of their back-office or support operations and employees to less expensive US markets with lower costs of living and wages as well as access to communities of potential new hires. Some firms have even created new tiers of lawyers such as ‘career associates‘ in these markets. The evolution of legal outsourcing  will likely continue because it clearly can provide benefits for firms – when done correctly…
Related Posts